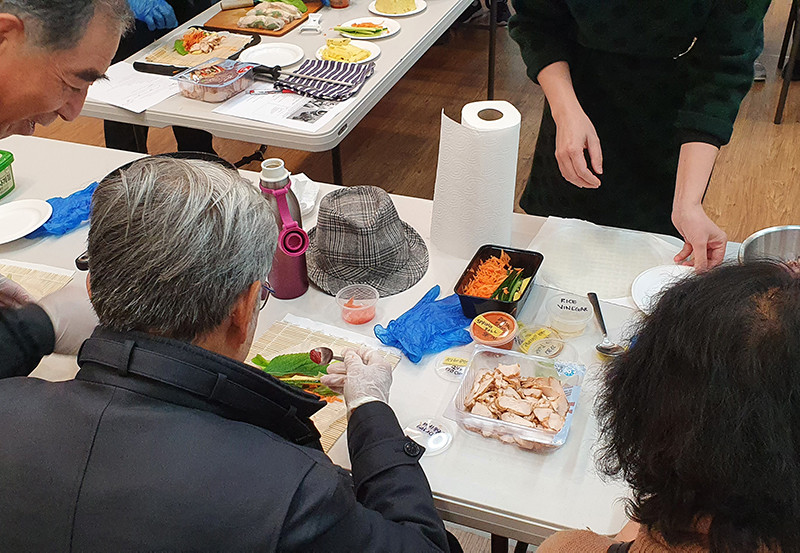 In many cultures, sharing food is showing love – and this is also the way in many Asian homes.

But some popular Chinese ingredients aren’t so loving to our bodies, and that is message the Be Health Wise workshops are delivering to the Chinese community.

“For example, soya sauce is popular in many Chinese recipes, but it is very high in salt,” says Kitty Ko, Asian Health Gain Advisor with Counties Manukau Health. “Some have 7200mg of sodium per 100ml of soy sauce."

The Be Healthwise workshops, held earlier this year, are part of a pilot with an initial aim to reach the Chinese community and from there extend to all Asian ethnicities.

“In Asian households it is often grandparents who cook dinner, so it made sense to initially offer the workshops to them,” says Kitty. “The workshops are valuable for delivering health information and messages to our Chinese communities and also teach them about healthier alternatives.”

Around 29 percent of the people living in our district will identify with one or more Asian ethnicities and as our Asian population grows, so does the need for services like Asian Health.

“These workshops are a valuable way to raise awareness in the community that what you eat can affect your health.  We’re seeing people looking closer at what is in ultra-processed foods and avoiding them – they are often very high in sugar, fat and salt.” says Gary Jackson, Director of Population Health. “I love cooking with my two grandchildren, and sharing healthy food with families. Thanks very much for providing this good workshop for us!” says Yudi Xu, who was one of 19 participants that attended the Be Health Wise workshop.

11 months ago Less than a minute to read Communications Team