Latest news 12 August 2016 | I started smoking when I was 15.  I had just started work, which meant I could afford to buy my own cigarettes. Back then there were no known concerns or warnings about smoking.

When I was 30 I started playing netball again, however I struggled to get around the court.  It was the first time I noticed how short of breath I was.  At first I was diagnosed with asthma, however in 2003 my doctor told me I had Chronic Obstructive Pulmonary Diseases (COPD) and Emphysema.

When I was 45 I was admitted to hospital for a week with pneumonia.  It was while I was in hospital that I quit smoking. I thought if I could quit for a week I could quit forever. I was doing really well, but I did slip up when I was feeling annoyed and was around a friend who smoked.  I’m proud I only took a couple of puffs and put the rest of the cigarette out.

My doctor referred me to a Respiratory Physician who thought I would qualify for a lung transplant. There is a lot of work getting onto the transplant list, which took around three and half years. It’s a double edge sword.  You have to stay well but be sick enough to be eligible.  I got on the active list on 9 July 2015 and got called in for the transplant on 8 August (the same night the All Blacks lost to the Aussies). I wasn’t ready, I was stressed and nervous but my husband persuaded me to go ahead. 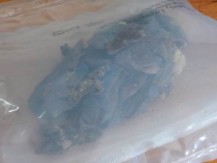 After the transplant I spent a lot of time in Intensive Care and then the High Dependency Unit.  Those first few weeks were tough, and there were days when I didn’t think I could go on.  Over time those days became less and less and I began to feel better.

When I received my old lungs back I was embarrassed to think they had been in my body. All the stories you hear about them going black is true. I could understand why I couldn’t breathe.  In fact I was surprised I could breathe as well as I did.

My new lungs are amazing.  I don’t lift my shoulders to breathe anymore, that’s really obvious and I don’t get short of breath when I talk.  Before the transplant I got down to 18% lung function and now I have got up to 115%. It means I can stomp the football fields where my grandkids play and walk the length of the field without worrying.

While I’m not able to go back to my old job I now spend my time going to the colleges and talking to the students about my experience. I hope the young ones don’t take up smoking. I hope my story puts them off.  They are horrified and fascinated. The kids get to see the real effects of smoking as well as becoming aware of organ donation and how it feels being a recipient.

It’s not easy being a recipient.  Your emotions go up and down and some days are quite sad when you think about the donor. I consider my lungs to be on loan, they belong to someone else. People should be aware that the decision to be a donor on your driving licence can be overridden. People need to go home and have the talk with their family.

My other important message is don’t start (smoking) in the first place but if you have started quit as soon as possible. Listen to your body, if your body is telling you something isn’t right, it’s probably not.

Your chances of quitting can double with ongoing support and medication. For help to get some free quit smoking products along with some extra support free phone the local Living Smokefree Team 0800 569 568 or text ‘NOW’ 226.

6 years ago Less than a minute to read Nicholas Harvey