Middlemore reclad on time and budget 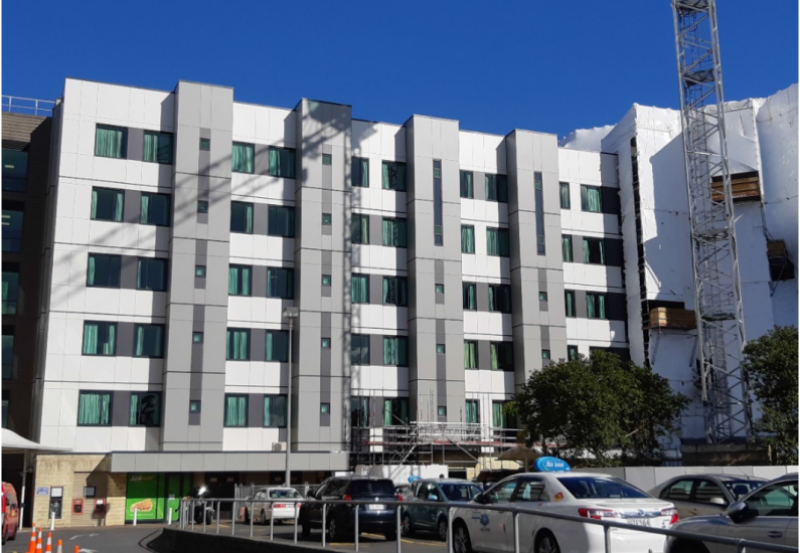 Latest News 13 July 2020 | Recladding work being carried out on Middlemore Hospital’s Scott Building is on budget and is scheduled to be completed ahead of time.

Counties Manukau Health is recladding the building whilst continuing to use it as part of its function as a hospital for acutely unwell patients.

Director of Strategy and Infrastructure, Parekawhia McLean, said today that media reports over the weekend that the cost of recladding had jumped to more than $60 million were misleading.

The Scott building reclad, which is now 60 per cent complete, has involved wrapping the parts of the building being worked on in a breathable building wrap, and working from the outside to replace the cladding, infrastructure such as the main sewerage stacks as required, and windows.

Ms Mclean says that during the work only a small number of patients are impacted at a time, and they have been protected throughout the building process by temporary barriers. There has also been air monitoring in place.

“Even with a slow-down in work during the COVID-19 lockdown, the team have managed to keep to schedule and we now expect to have completed the Scott remediation in the last quarter of 2021, a few months earlier than scheduled.

“The work will also be completed within the allocated Scott building recladding budget of $27.5 million.”

Recently the Minister of Health also announced the government’s commitment of $35 million for further recladding at Manukau Elective Surgical Hospital (MESH) at the Manukau Health Park in Manurewa, and the McIndoe building at Middlemore.

“This is new money that has been announced by the government and will be subject to detailed business case, as all government funding is,” says Ms McLean.

“As part of our site masterplan we continue to identify work (both remedial and new) that needs to be done and of course the costs change with time.

However the $62 million noted in the media at the weekend was for the Scott reclad (which is currently on budget) and two new intended reclad projects which have yet to be started, not one building as suggested.

“Apart from the Scott building, Counties Manukau Health has three buildings which it intends to remediate, subject to business case approval. (They are McIndoe building, Manukau Elective Surgery Centre and Kidz First).

As an international first, Ms McLean says the reclad of the Scott building has been of interest to other health authorities across the country and internationally.

“From a building perspective it has been very successful and obviously we have learnt lessons along the way which we can build on for future remediation business cases. Overall this project is a fantastic result.”

23 months ago Less than a minute to read Communications Team