From the archives: 'First patient has fond memories', 1 May 1997 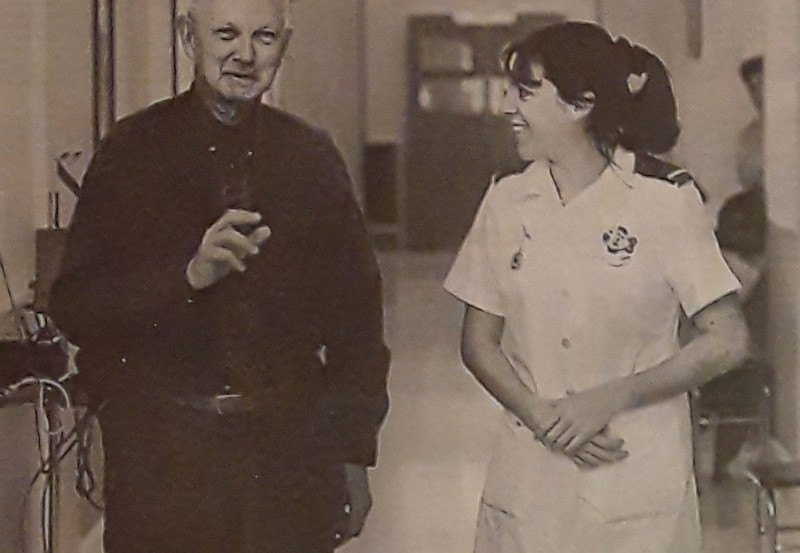 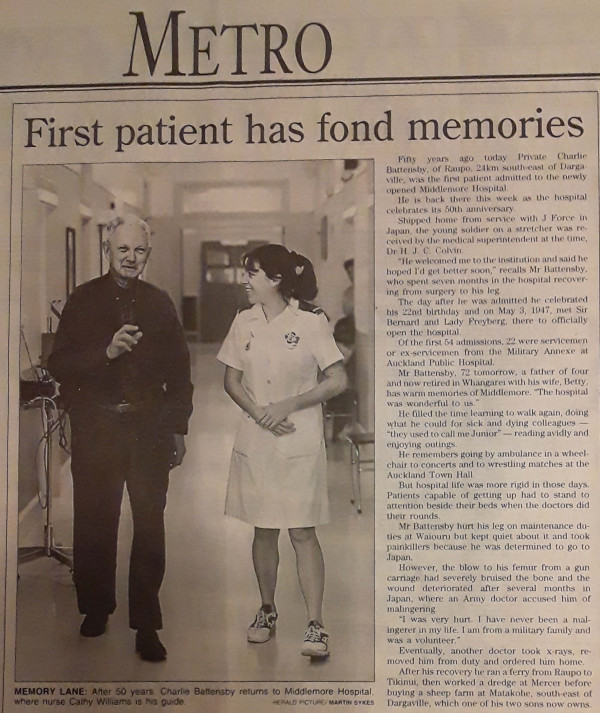 Fifty years ago today Private Charlie Battensby, of Raupo, 24km south-east of Dargaville, was the first patient admitted to the newly opened Middlemore Hospital. He is back there this week as the hospital celebrates its 50th anniversary.

Shipped home from service with J Force in Japan, the young soldier on a stretcher was received by the medical superintendent at the time, Dr H. J. C. Colvin.

“He welcomed me to the institution and said he hoped I’d get better soon,” recalls Mr Battensby who spent seven months in the hospital recovering from surgery on his leg.

The day after he was admitted he celebrated his 22nd birthday and on May 3, 1947, met Sir Bernard and Lady Freyberg, there to officially open the hospital.

Of the first 54 admissions, 22 were servicemen or ex-servicemen from the Military Annexe at Auckland Public Hospital.

Mr Battensby, 72 tomorrow, a father of four and now retired in Whangarei with his wife, Betty, has warm memories of Middlemore. “The hospital was wonderful to us.”

He filled the time learning to walk again, doing what he could for sick and dying colleagues - “they used to call me Junior” – reading avidly and enjoying outings.

He remembers going by ambulance in a wheel-chair to concerts and to wrestling matches at the Auckland Town Hall.

But hospital life was more rigid in those days.

Patients capable of getting up had to stand to attention beside their beds when the doctors di their rounds.

Mr Battensby hurt his leg on maintenance duties at Waiouru but kept quiet about it and took painkillers because he was determined to go to Japan.

However, the blow to his femur from a gun carriage had severely bruised the bone and the wound deteriorated after several months in Japan, when an Army doctor accused him of malingering.

“I was very hurt. I have never been a malingerer in my life. I am from a military family and was a volunteer.”

Eventually, another doctor took x-rays, removed him from duty and ordered him home.

After his recovery he ran a ferry from Raupo to Tikunui, then worked a dredge at Mercer before buying a sheep farm at Matakohe, south-east of Dargaville, which one of his two sons now owns.

Reproduced with permission of NZME, the owner of The New Zealand Herald / Herald on Sunday. Copy courtesy of Auckland Libraries.

33 days ago Less than a minute to read Communications Team